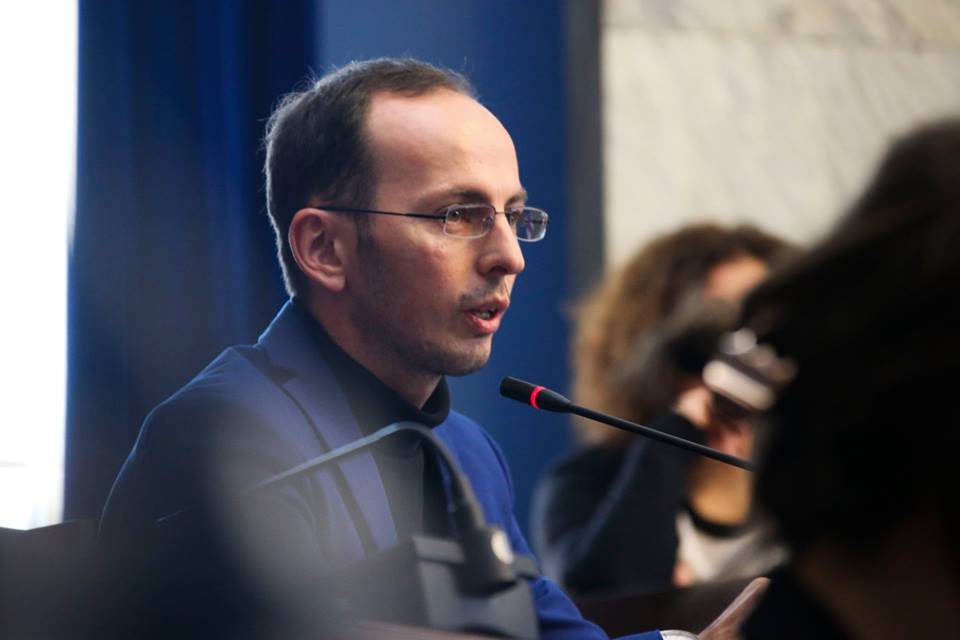 Suikhan Saladze is an expert in anti-corruption, transparency and good governance issues. The board of GYLA elected him as a Chairperson of the organization in December, 2017.

Sulkhan has been working in GYLA since 2011 and before being elected as a Chairperson, he had held various positions in the direction of anti-corruption, transparency and good governance issues. Among them was the position of the project lawyer, coordinator, and since November 2015 he is a member of the board of GYLA. Sulkan was also involved in the activities of GYLA Adjara Branch in 2004-2005;

From April 2016 to February 2018, Sulkhan Saladze was a member of Board of Trustees of the Georgian Public Broadcasting;

Since 2006, he has actively cooperating with various institutions, private, public and non-governmental organizations as invited lecturer, trainer, and public speaker in the field of anti-corruption, transparency and good governance issues. Besides, Sulkhan Saladze is an invited lecturer at the Georgian Institute of Public Affairs (GIPA) on ,,Cultural Heritage Policy,’’ and in 2010-2011 he was a trainer for the Caucasus Bureau of Conrad Adenauer Foundation (KAS) on ,,New Administrative Strategies of Local Self-Government Members;’’

Sulkhan Saladze is also a member of various Council/Commission on national and international level. Including:

- GYLA`s, as a permanent members` representative at the ,,Open Government Partnership’’ (OGP) forum.

Sulkhan Saladze is also engaged in research activities. At various times, he was involved in preparation of 43 analytical-research documents, besides, he is an author of 21 research publications and a coordinator of 22 research groups. He is also the author of numerous journalistic publications published in major media editions of the country.

Sulkhan has participated in more than twenty international level trainings or conferences, including: