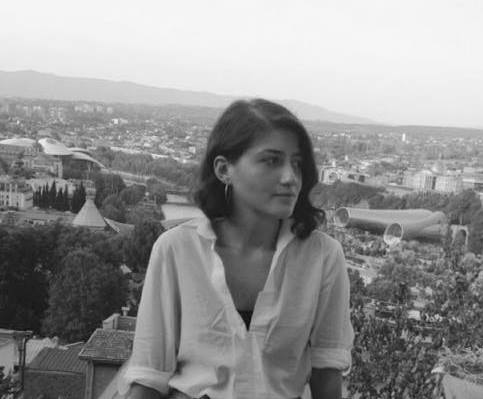 Eka Mamrikishvili has been working in GYLA since March, 2018 on the position of lawyer of Constitutional Litigation.

In 2016 -  she undertook her internship at Article 1 / Hrcarehouse for study of practice of the European Court of Human Rights;

In 2015-2016 - she was involved in the research of the National Institute of Human Rights. Research topic: Study of detention and practice of the person in accordance with the Criminal Procedure Code of Georgia.

As for constitutional law proceedings, Eka MamrikiSvili was:

- in 2018 the representative/suitor at N790 constitutional suit for the amendments to the Organic Law on the Constitutional Court of Georgia;

- in 2016 an amicus curiae at N703 constitutional suit “Citizen of Georgia Giorgi Kartvelishivli against Parliament of Georgia”;

Also, Eka participated in different trainings and conference-workshops, among them, it is noteworthy to mention:

- in 2018 - participation in the 3rd Congress of the Association of Constitutional Justice of the Countries of the Baltic and Black Sea Regions (BBCJ);

- in 2016 -  participation in summer school of Constitutional Court of Georgia;

Eka has bachelor degree in law of Free University of Tbilisi. Currently, she is a student of Ilia State University's Master's Program "Public Law and Politics".