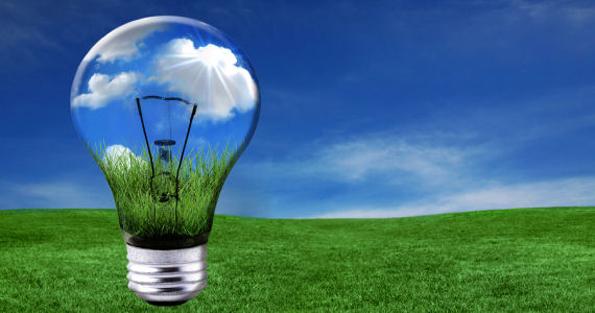 NGOs call on the Georgian authorities to fulfill the commitments related to the protection of human rights in the energy sector.

On December 18, 2014, the European Parliament ratified the EU-Georgia Association Agreement and adopted a resolution[1] about Georgia which emphasizes particularly important issues in the relationship between Georgia and the EU, including those dealing with energy and environmental protection. In the resolution, the European Parliament called on the European Commission to assist and closely monitor the Georgian authorities in the implementation of their investment programs for the construction, rehabilitation, and reconstruction of hydropower plants. The European Parliament also urged the Georgian authorities to comply fully with EU standards and norms, in particular, with regard to the environmental impact assessment of the larger hydropower plants.

- improve the quality of fulfillment of commitments taken by Georgia through multilateral environmental agreements.

The European Parliament emphasized on Georgian government’s plan to further develop hydropower and, considering the foregoing, once again demanded that the Georgian authorities ensure the compliance of all hydro power projects with EU standards, in particular, transparency of environmental impact assessment procedure involving all the relevant stakeholders in all stages of decision-making.

Inclusion of the aforementioned issues in the resolution of the European Parliament is a response to problems in Georgia’s energy sector, which can be summarized as follows:

- Lack of a systemic approach and strategy for the development of renewable energy[3] – Decisions on the construction of new power generation facilities are practically never substantiated; the loss caused by irreversible impact on the environment and the benefit derived are not juxtaposed with to each other in view of environmental, cultural, economic, and social factors.

- Offering guaranteed purchase of electricity to investors by the State, with the aim of attracting investments to the hydro energy sector – Such an approach distorts the idea of free market and contradicts the rules of the Energy Community and Georgia’s commitments related to this organization.[6] In addition, with the aim of attracting investments, construction permits are issued on the basis of flawed environmental impact assessment reports, which would not be done in any EU country.

- Insufficient involvement of the population impacted by the projects and independent experts in decision-making – At best, the interested public is only informed, without taking their opinions and arguments into consideration.[7]

- Lack of standards and norms established by environmental/safety legislation, disregard for international best practice, and application of obsolete norms of the Soviet period (for example, the methodology for determining of environmental flow).

- Non-compliance with minimum standards and failure to fulfill obligations determined by permission documentation and to carry out compensatory measures by hydropower plants that have started operation, as well as the State’s inappropriate response.

- Conflicts of interest and threats of elite corruption in the energy sector.[8]

Unfortunately, due to these shortcomings, even the construction of small hydropower plants causes an irreversible damage to the natural and social environment. Thus, the energy efficiency and economic benefits of hydropower plants constructed in this manner are often far lower than the projected figures. Due to the aforementioned shortcomings, almost in every region where the construction of hydropower plants is under way/planned, the local population and environmental organizations express their protest in various peaceful forms.[9] In some cases, the State unlawfully restricts this just protest with repressive instruments, which further exacerbates the problems and social conflicts. Judging by the concrete experience, all this makes the local population even more resistant to the planned projects.

With the aim of implementing the resolution of the European Parliament and resolving the aforementioned problems:

- We call on the Georgian government to prepare the country’s energy strategy with broad participation of the public and to conduct its strategic environmental assessment; to elaborate and approve a guiding document for the implementation of hydropower projects, which will envisage all types of risks (environmental, social, gender-related, forced displacement, economic justification, etc.). We demand that the government stop initiating/implementing new projects until these documents have been elaborated.

- We call on the donor states and international financial institutions to refrain from taking decisions related to funding of projects until the measures determined by the 2018 resolution of the European Parliament (no. N2017/2282(INI)) have been carried out.

[3] The Ministry of Energy of Georgia has prepared “The Strategy for the Development of Power Generation in Georgia for 2016-2025”, public discussions on which have yet to be held; the document has not undergone a strategic environmental assessment and has not been approved by a normative act as required by the legislation. The said document has only been published in the form of a draft.

[4] For detailed assessment related to the memoranda, see “ Assessment of Fiscal Costs and Tariff Impacts of Power Purchase Agreements”, Final Note The World Bank, February 22, 2018 ; Green Alternative 2012. Memorandums of Understanding and Agreements Concluded for Implementation of Energy Projects in Georgia

[6] See the State of compliance  of the Energy Community

[9] See, for example, the EMC’s statement, “EMC calls on the Ministry of Interior to stop harassment and control practices of local activists and community members in the Pankisi Gorge”. Accessible at: https://emc.org.ge/en/products/emc-moutsodebs-shinagan-sakmeta-saministros-shetsqvitos-pankisis-kheobashi-adgilobrivi-aktivistebis-da-temis-tsevrebis-shevitsroebisa-da-kontrolis-praktika;

EMC, “Svaneti on the Verge of Social Control and Police Terror”. Accessible at:  https://emc.org.ge/ka/products/svaneti-sotsialuri-kontrolis-da-politsiuri-teroris-zghvarze;