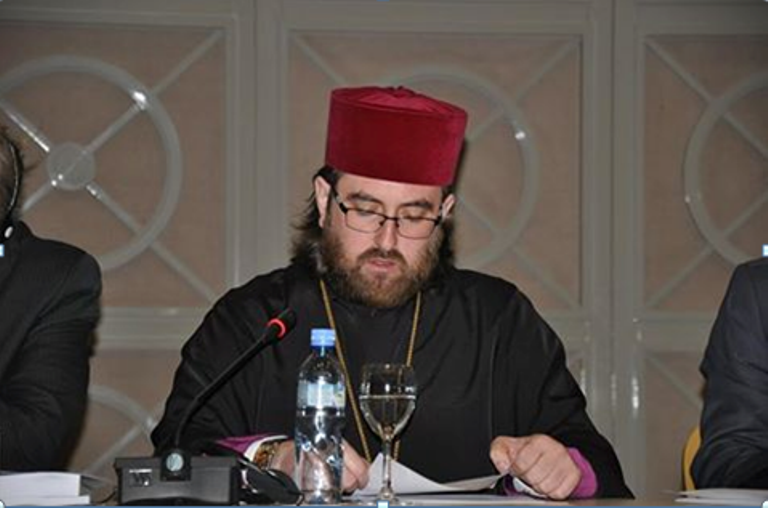 GYLA once again responds to Archpriest Giorgi Mamaladze's case and considers the closure of the court hearings unjustified.

On May 19, 2017 the court proceedings on the case of Archpriest Giorgi Mamaladze was completely closed under the solicitation of the Prosecutor's Office. The Prosecutor’s Office substantiated the closure of the hearing with the existence of audio, video and written evidence in the case, which, according to them, contained information and intimate details of the personal life of accused Giorgi Mamaladze and other persons.

Noteworthy that the court sessions held previously on this case have also been closed.

The accused did not agree with the decision on closing the 19th May session, especially to the reference to personal life, and called it as blackmailing with personal life. The defendant and his lawyers left the court session in protest.

Later, the Tbilisi City Court made a statement regarding the closure of the hearing and noted: "The Court, in its decision, has taken into account the specific and relevant circumstances related to the possible encroachment on personal information, private life and the participants of the proceeding."

It should be noted that publicity of court hearings is one of the most important aspects of fair trial. [1] The publicity of court sessions is important for the realization of a specific person’s rights and for the public. Public nature of the process protects parties from administering secret justice without public surveillance. [2] Public sessions are also one of the means to maintain public confidence in the court [3]. Consequently, the closure of sessions can only be justified in exceptional cases, where the goal is unlikely to achieve with less restrictive means. [4]

If there is a necessity to protect the personal and private information of parties to the case, instead of fully closing the court sessions, it is important to apply the mechanisms less restrictive of the rights to publicity of court sessions, namely a partial closure. The Code of Criminal Procedure directly gives a judge the possibility to act so under a solicitation of the party or on its own discretion. [5]

It should be noted that there is a high public interest to this case. However, due to the deliberate actions of the Prosecutor's Office and statements delivered by some senior officials during the investigation stage, the presumption of innocence of Mamaladze and equality of the parties have been obviously violated.

During the investigation phase, all of the above served to the formation of the public opinion clearly in one direction in order to prejudice the defendant's rights and interests. For this reason, open trial is the only possibility for the accused and the defense to answer the interesting questions circulating in the society which, by the way, have been arisen by the evidence unilaterally published by the prosecution, and the society - to learn the complete truth regarding the case.

GYLA calls on the Prosecutor’s Office and the Court to take into consideration the high public interest towards the case, and the defendant's right and request - concerning the publicity of the sessions and act in such a way so as to limit the rights of the accused to the less possible extent and inflict less irreparable damage on the public confidence in the court.