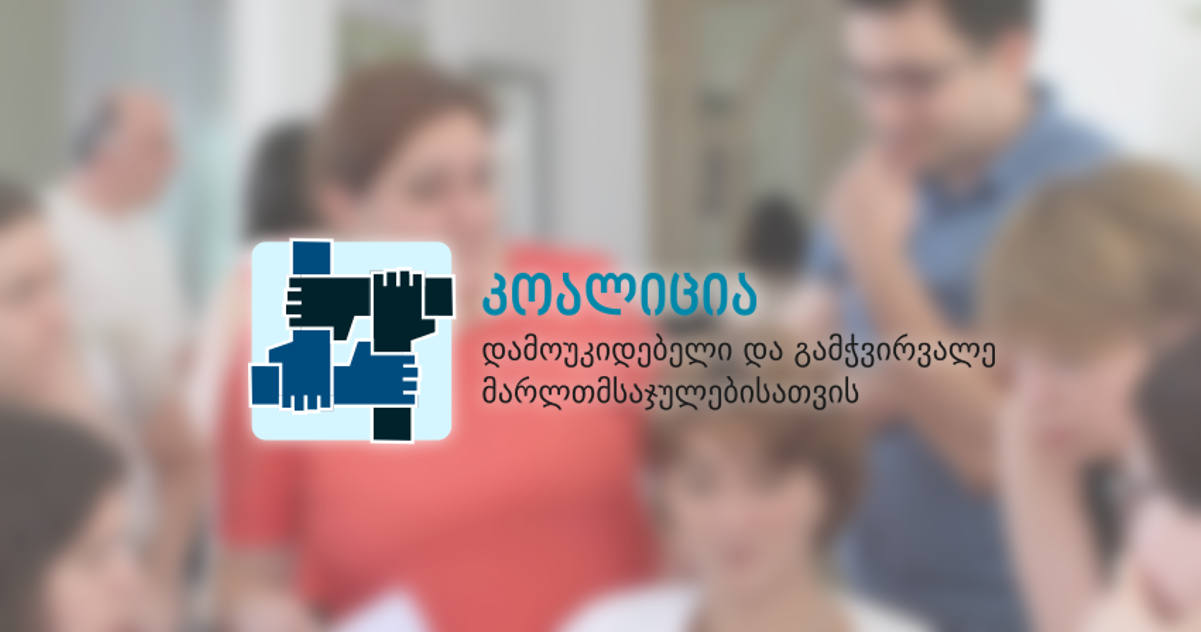 The Coalition criticizes the appointment of Supreme Court judges

The Coalition for an Independent and Transparent Judiciary considers the appointment of four Supreme Court judges by the Parliament to be unjustified and damaging. The Coalition believes that the existing rules for the selection and appointment of judges are fundamentally problematic, as they do not sufficiently mitigate the risks of internal and external influences on the process. At the same time, the Parliament makes a final decision based on a single-party vote, in the absence of a broad political consensus. Consequently, in this context, the appointment of four Supreme Court judges further reduces the already deficient trust in the justice system.

The Parliament of Georgia did not consider numerous calls of the civil society[1], the Public Defender[2], and international actors,[3] to suspend the competition of Supreme Court judges until ensuring that the processes would be conducted fairly, free from partisan or corporate interests. Consequently, at the December 1st plenary session, the legislative body appointed four new judges to the Supreme Court for life.[4]

Notably, the problems of the selection and appointment procedures and the lack of will of the ruling political party to make final decisions based on a broad public and political consensus, have reduced the interest of civil society organizations and opposition political parties to engage in candidate hearings. As a result, on November 25-26, the Legal Committee interviewed individual candidates without extensive public and political involvement. The hearings conducted in such a context and a single-party support for the candidates cast a shadow over selected judges as well as the court system as a whole. The processes like these further diminish the prospects for a real recovery of the justice system and confidence in the judiciary.

This particular competition for the selection of Supreme Court judges was problematic for the following reasons:

- The general distrust towards the High Council of Justice was deepened by the fact that five non-judge members have not been appointed to the Council until now. Consequently, the decisions made by the Council were dominated by the judge members. This further reinforced the perceptions of corporatism and clan-based governance;

- Similar to the past experience, instead of evaluating candidates based on qualifications and professional integrity, the ongoing process in the Council left the impression of inconsistency, unequal treatment, and pro forma approach towards the candidates;

- The Parliament made the final decision practically by a single-party vote and once again, the appointment of candidates for judges was not based on a broad political consensus.

[1] The Coalition Reacts to the Commencement of Parliamentary Hearings of Supreme Court Judicial Candidates. (November 24, 2021), available at: https://bit.ly/3ryUaKB

Carl Hartzell: We have been invited to observe today’s and tomorrow’s hearings in Parliament, but we have declined. (November 25, 2021), available at: https://bit.ly/3D9rFoL