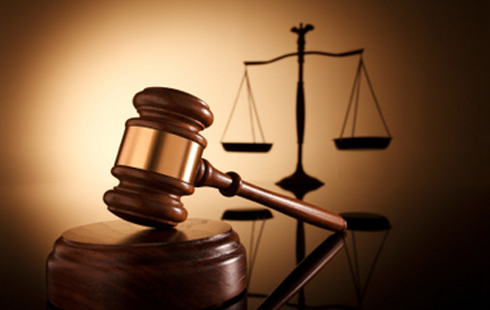 On September 22, 2017 GYLA will address to the Constitutional Court of Georgia on behalf of the Civil Activists, Nata Peradze and Konstantine Guruli and request the recognition of the normative content of Article 173 of the Administrative Offenses Code of Georgia as unconstitutional.

The Administrative Offenses Code of Georgia is the only law that was adopted in 1984, in the era of the Soviet Union, and is still applicable. The Code fails to meet the requirements of fair proceedings and its use in the current form may lead to violation of fundamental human rights.

Among many problematic issues there is the Article 173 under which non –compliance with the lawful order or demand of the police shall be considered as an offense. In practice, there have been frequent cases when the arrests of various peaceful demonstrators were performed under the above ground. Pursuant to this article, a response action of a citizen against the police is considered as a criminal offense by the court without examining the lawfulness of the action of the police officer which preceded the citizen's act and if examined, it has only the formal nature. In this case the court limits itself to only determination whether the police have the right to carry out a particular action and fails to consider whether the police exercised the right in an appropriate manner in a specific case.

Although Article 173 of the Administrative Offenses Code of Georgia does not provide that the court when reviewing an offense should not examine the lawfulness of submission of the request by the police in a particular situation, the courts interpret the provision in the same way.

The above mentioned interpretation of the provision is dangerous and encourages police to take arbitrary actions. When a police officer is convinced that the court will not examine the lawfulness of his/her claim when discussing an offense, it provides the police officer with the possibility to detain a person with no reason only on the grounds of noncompliance to the police.

GYLA considers that the current interpretation of Article 173 of the Administrative Offenses Code of Georgia violates the right guaranteed by Article 42(1) of the Georgian Constitution, and requests it to be recognized as unconstitutional.

GYLA also believes that it is necessary to timely initiate the reform of the Administrative Offenses Code to ensure that this part of the legislation is in compliance with the Constitution of Georgia and international standards of human rights protection.